Mazhar spots Clyde having more trouble than they realize when Brecht spots smoke on the horizon. Van and Moira are in a panic when Johnnie-Rose rides in. 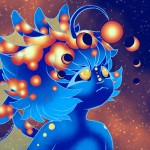 “Now I said settle, ya beast!” Clyde struggled against the reins as the large dark horse tried to pull out of his grasp again. The cart lurched as he did all he could to keep the stallion from breaking into some frenzied gallop. “We got five more bags of corn and such to deliver, now just hold your horses before I hold them for you.”

“Why the rush, straw friend?”  Mazhar called from the roadside where he sat amongst the piles of brightly colored leaves. “I see no fire save for your steed.”

“I’m just glad his tinder is tender,” Clyde grunted as he brought the horse to a halt. He had ribs, horns, and a lower jaw with sharp fangs made of gold. Soft vegetation encompassed his tail and grew down over his neck, and along his chest. His eyes glowed with the same ghostly green flames on his shoulders, alighting his horns and making up a fiery mane.  “Bless Johnnie for tame’n him, I don’t know what I’d do if he were any wilder.”

“Little wonder Setosa borrows him for hauling ore and lumber?” The colorful flowerling asked as he offered his hand to the beast.

Walsh gave a sniff and snort as Clyde nodded, “Careful, he’s a moody one. Plows fields and pulls most of our carts.”

“A fine creature, I must ask Johnnie-Rose to study him and the rest of her stable.” Much to the farmer's surprise Mazhar was able to reach out and gently ruffle the little leaves on the stallion’s neck. “Picture a music box with a majestic mechanical rider, Brecht?”

Clyde didn’t even notice the flowerling camouflaged amongst the orange leaves. Without a moment’s thought, Brecht nodded with an approving smile. “If I remember, Johnnie has two with antlers or even wings. But you could do both! ” He raised his hands up by his feelers and gave his dragon-like wings a wiggle. It got his intended effect as two pink arms wrapped around his waist and the two elongated bodies danced among the maple leaves.

“You’re full of  many wonderful ideas, how could I possibly choose?” Mazhar fooled no one as he sparkled happily listening to his love’s laughter as they twirled.

“Maz, please, I’m gonna get dizzy! But- maybe don’t stop.” Brecht was breathless as he laughed and pushed against the pink furred flowerling.

“I must be dizzy too, cause Imma vomit.” Clyde grabbed at his stomach as he gave his best impression of throwing up. Walsh didn’t approve and kicked the cart, “Oi! Hey, y'all smell something?”

"Burnt popcorn? I mean, I like burnt popcorn." Brecht sniffed as it wafted on the gentle breeze. He managed to squirm around and caught sight of a plume of black smoke billowing up over the tree line. "Look there!"

“My fields!” Clyde cried out.

“Brecht, make sure the children are safe.”

“What about you?” The orange flowerling asked worriedly.

“I will help,” Mazhar said as he gave the flowerling one last squeeze.

“Hurry up then,” Clyde said as he gathered up the reins, but Mazhar was already climbing up next to the farmer. “Now hold on. Yah!”

The ride was a wild and bumpy one that sent the corn in the back of the cart rolling around. Mazhar clutched to the peeling wood for his life as they took the bend so fast they went on two wheels. Walsh whinnied excitedly as the straps holding him snapped and he raced off onto the burning field.

Clyde threw himself on the flowerling, getting the cart to drop on all four wheels in time to careen into a large pile of hay. As the bean crawled from the crash, he snickered to himself: "Better than crashin’ into the barn, can’t count the times Johnnie’s wrecked it.”

“Can ye even count is th’question.” Moira asked with her hands out to pull the two from the hay. Mazhar gratefully accepted the spotted beans help, “C’mere noo, Vann n Am have oor hands full wi’gatherin up th’animals. They all got loose!”

“What about ma’ fields?” Clyde hollered pointing over at the wonderful smelling blaze. It was chaotic and loud with chickens flying about, goats and cows running around. The kernels popped off like tiny gunfire as if a whole posse worthy of Silas was out there in the flames.

It was then that the inferno split like a hot orange sea as a dark horse galloped through with a fiery blue mane. A dark bean with stain-glassed wings and ribbon, and held tight to the reins with one hand as she cackled madly carrying her head under her other arm. Where ever the horse rode, flower-adorned veil and skirt sat on top. One hand clutched the reins as the other held her cackling head aloft by one of her horns.

As they rode around the field, the flames were consumed by the demonic horses of the headless rider. The smoke even cleared enough for the culprit to be seen with his arms up and head back belting out for the island to hear:

"But I set fire to the grain!

Watched it pour as I touched your face,

Well, it burned while I cried,

'Cause I heard it screaming out your name!"

“Vann’s chicks don’t just scatter,” Clyde shook his head in disbelief as the yellow bean flew up with his arms full of peeping little puff balls. “N no one but Goose can even get close to that bull of yours.”

"I think so! I'm missing Louise and Lucille and Pickle but they usually hunt bugs in the forest!"

Clyde starred for a moment before asking, "Thems, all the same, tho, how cracked are ya? At least her cows have different spots."

"Easy Vann, y'knoo he only asks this every time to get ya goot." Moira said, putting a calming hand on the already frazzled farmer. She offered him a milk pail to hold all the chicks, "I know each one of your girls has a different comb and tail, and I won't start you on thems personalities."

He nodded as Johnnie rode up with Walsh following dutifully behind. Her head was tucked under her arm, but even so she scowled down at the crow-winged bean. "You lost Walsh."

"He lost me!" Clyde gestured at the cart still buried behind them. "Probably wanted to go back to that boyfriend of yours!"

Moira rang the bell around her neck until peace was restored. "Goodness all this fightin’ in front of a guest."

"Please, only here to help." Mazhar held his hands up defensively. He had heard rumors of someone being a terror around Prism Vale but this was his first glimpse of him. "Who was that?"

"A ghost of her Ex's Past," Moira offered when Johnnie stayed quiet.

"We can still salvage some of the popped corn so people can make garlands," Vann the ever-optimistic pointed out, "And he didn't get to the storage barn where we were making the eggnog."

"Let's gather up the animals and show Mazhar around," Moira cheered, having latched onto the poultry man's arm.

Clyde half-heartedly agreed as he looked from Johnnie to the spot in the distance she stared: the spot the singing figure had been. 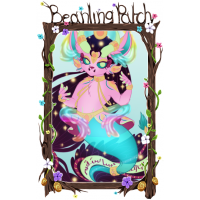 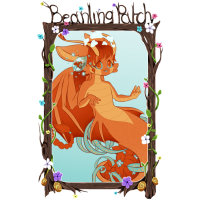 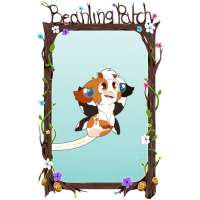 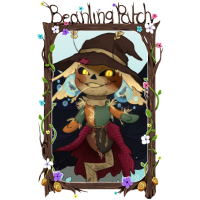 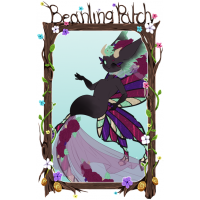 In the rich text editor:
[thumb=65]
In a comment:
[Field on Fire by Revpup (Literature)](https://beanling-patch.com/gallery/view/65)