“Careful, Apollo,” Charum warned his familiar as they wove through the trees. The path was hardly hospitable, especially with the darkness that had fallen across the Vale, but the wing-eared creature held an orb of light to guide his tamer through. The two had traversed the path frequently enough that it was familiar, but Charum had been instructed not to cut away too much of the plant-life that was currently slowing his progress.

Chi didn’t like visitors to her workshop, after all. She took after her father that way; if you were smart, you took the hint and stayed away when they were busy. For their sake, of course, but also for your own. He’d often heard Chi scare off nosy beans by implying that anyone in range was volunteering as a test subject for whatever experiment she was currently running.

Luckily for him and Apollo, though, he had been invited. Actually, more than invited- he’d been given a task to retrieve some materials for Chi to study. The thickly woven fabric of the reinforced burlap sack over his shoulder was weighed down by the cluster of eerie stones that he’d gathered for the researcher at her request. She’d been focusing her research on corruption for as long as he’d known her already, so of course she’d wanted samples of the fragments that seemed to be causing miasma to cover the entire realm the beanlings called home.

Eventually the trees parted, rather suddenly, to a decently-sized clearing with a domed building in the middle. Charum always thought that the structure seemed like it had once been a birdcage, though Chi had outdone herself remodeling it to suit her needs. Apollo padded ahead, sitting next to the door as he waited for his tamer. The orb of light above the familiar faded, no longer necessary under the lamp that marked the structure as occupied.

"Hey, Chi!" Charum knocked on the door, "Got your rocks!"

The grey beanling waited for a moment, watching the door expectantly. Apollo's ears perked, and a moment after the door opened. Charum blinked, the spot his eyes had expected to see Chi's face at instead being met with the middle of a flowerling at eye level instead.

"Hello, Charum," the flowerling dipped her head slightly in a small nod of greeting. Amara drifted to the side, allowing the armor-clad beanling and his familiar inside.

Amara's expression shifted only subtly, amusement in her eyes, "Indeed, she is," she responded. With the door closed behind them, the flowerling turned to lead the visitors to a nearby staircase. As they reached the stairs, A masked beanling poked her head out of a door at the top.

"Everything go well?" Chi asked, descending the stairs. Her voice was distorted, muffled and lower than normal due to her plague mask, and Charum couldn't help but raise an eyebrow at her. The petite beanling was dressed in a cloak that he swore he'd seen her wear for Halloween once, along with her mask and a pair of goggles that had been affixed to it.

"What's with the whole getup?"

Chi's expression was hidden, and yet Charum still somehow felt her judgement at the question.

"We're dealing with unidentified, corrupted materials in the middle of a miasma-fogged island. If I'm going to study these things, I need to be careful."

Charum blinked, then ducked his head, a bit sheepish, "That… makes sense. Yeah, sorry. Uh, the bag you wanted me to use handled 'em fine again, by the way."

"As it should. Good. And the specimens?"

Charum gave an amused grin at her word choice, but held up the bag, "Right here, safe 'n sound. Managed to find a good batch of 'em. Kier had seen a few in all his running."

Chi took the sack from Charum's hands, unravelling the string that held it closed to peer inside. An eerie purple glow reflected off of the lenses of her goggles, and the beanling couldn't help but smile to herself. After a moment she closed the bundle once more, holding it in one arm as she reached to push her mask up to reveal her face.

Charum laughed, "Nah. You guys already keep me covered with the potions. I'm glad I could help." The beanling smiled, though he paused after a moment. "Hey, Chi? You alright? You look tired."

The dark bean blinked, confused by the question. After a moment her expression changed to an exasperated smile, and she returned the mask to her face.

"It's just a bit of worry about things. You know how I can't stand not knowing what's going on."

Charum's brow furrowed, and he glanced towards Amara as if for help. The flowerling said nothing, her attention seemingly focused on straightening some of the vials on a nearby table.

The silver beanling shook his head slightly, then looked back to Chi, concerned. "Just..  take care of yourself, yeah? Like, taking breaks and stuff. I know you've got all the precautions stuff down, but, like…"

Chi laughed lightly, tiredly. "Don't worry about me, Care. Aren't you a Defender now? You've got everyone else to protect. I'll be fine." She turned, floating back the way she'd come, "I can't leave the current specimen without observation for long, though. Be safe getting back home, and thank you again."

Charum's ears twitched, the beanling seeming to need a moment to process the abrupt dismissal. He frowned slightly, looking toward Amara.

"Hey, Amara? Can you make sure she's taking care of herself?"

The flowerling gave a knowing smile and a slight nod, "Certainly. I often do," she agreed, then looked over the beanling and his familiar, "Do you require equipment or refreshments before your departure?"

Charum shook his head, waving off the offer, "Nah, we'll be fine. Thanks though," he responded, turning to head for the door. "You guys stay safe, alright? The Defenders keep getting reports that some weirdo's been sighted around the Vale too."

0 ・ 0
In Monthly Prompt ・ By Spottednova

Charum's out here helping however he can; which, in this case, means getting weird rocks for his weird scientist friend, lmao. 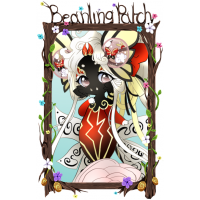 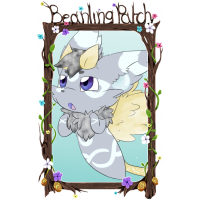 #799 for Miasma Crisis by Spottednova

In the rich text editor:
[thumb=75]
In a comment:
[Miasma Research- Part 1 by Spottednova (Literature)](https://beanling-patch.com/gallery/view/75)