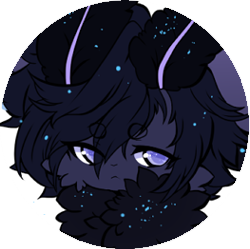 "I have some tasks that need completing, you can check the questing board to see what's available."

Questing is an optional activity that both beanlings and flowerlings can participate in. Your character will embark on a journey and perhaps they will discover some rewards along the way!

How does questing work?

Players can choose from an assortment of different quest prompts and depict their beanling completing their chosen task. They can then submit their entry for 3 beans per Beanling drawn and a random rewards. Your rewards are affected by your chosen stat.

How do the stats Affect the reward?

The higher the stat the higher the reward. Higher stats reflect a higher level of experience and knowledge. See about stats here.

How will rewards be rolled?

Rewards will be rolled by the loot table encoded on this site using your appropriate stat level.

When you submit your quest with your linked beanling you will be awarded 6 x rolls of the loot table appropriate to their stat level. These rolls will be done upon approval and any rewards earned will be automatically awarded.

There are a variety of quests available. There are several categories to chose from that will best suit your character and mood.

These quests are best suited for those who are intellectually inclined.

These quests are best suited for those who have physical prowess.

Journey into the Canyon Quest

You may chose any stat to be assigned to these quests.

An errand for Pumpkin Quest

Upon a Treasure Map Quest

These are small quests that are easier to complete and do not require a stat, but their rewards are less.

Visions of the Past Quest